Ever have one of the those weeks that you were looking forward to.  The kind of week where you thought you were really gonna kick some ass/arse, only you never did?

That's how my week went.

I'm behind on just about everything this week.  And I have to say, I'm really happy it's the weekend.  Even better, Tim gets THREE days off in a row.  His only request is calzones and a trip to the Barnes cafe.  Simple enough.  Might even throw in almond pizzelles, just because he loves them.

Meanwhile, here was last night's dessert.  I had extra dough so I tossed together a single (but nice sized), cinnamon bunn.  For the top I mixed local maple syrup, icing sugar, cinnamon, nutmeg and vanilla, to taste.

It was so flippin' good. 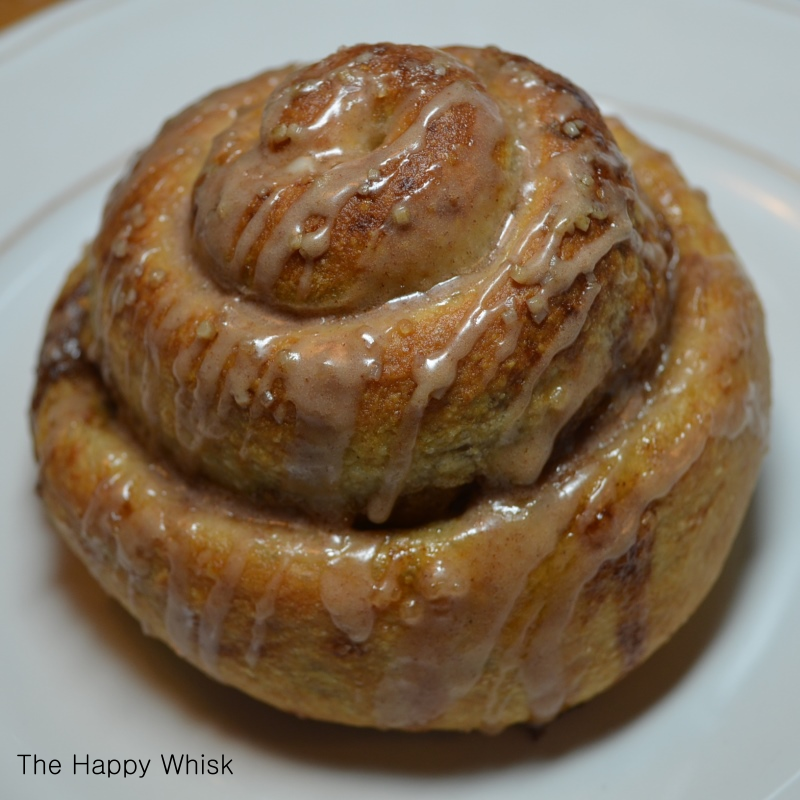