This past weekend Tim bought me (using a coupon), Chloe's Vegan Desserts, to help me better understand the art and science of cupcake making.  I don't know what I'm enjoying more.  The baking.  The eating.  Or applying new techniques to my own bakes.  Probably call it a three-way tie.

I'm having a blast.

I started with Chloe's Carrot Cupcakes using the new-to-me method of combining the leavening agent baking soda (bicarbonate of soda), with an acidic liquid.  I used Bragg's Organic Raw-Unfiltered Apple Cider Vinegar.  The combination of the two, binds the bake together and replaces the egg.

The second tip was to lightly dust the raisins in flour before gently folding them into the batter.  The flour prevents the raisins from sinking to the bottom.

And you know what?  Both techniques worked.

The carrot cupcakes were moist and airy and for the tops, I used my own Maple & Vanilla Frosting (also vegan), which put the whole thing over the top.  These cupcakes were killer.  I loved what I learned.  So much so, that I immediately got to work on my own bake.

Draft 1 had too much banana and not the right-sized chocolate chunks.  So I quickly whipped up draft 2, using 100g less banana mush, and switched to miniature semi-sweet flour-dusted, chocolate morsels.

And it worked.  The muffins were so airy, that they were borderline cupcakes.   Dig the image below, where I peeled back the wrapper to highlight the chocolatey bits.

That concludes today's Baker's Report.  Thanks to everyone who commented on my last few posts.  I'm hiding in my lab but will be out soon, to play catch-up on your blogs.

Thanks for reading and boogie boogie. 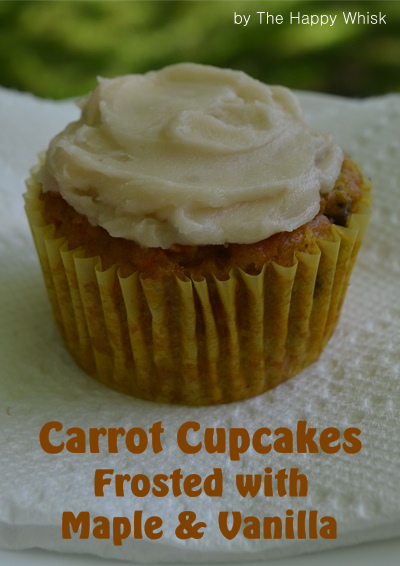 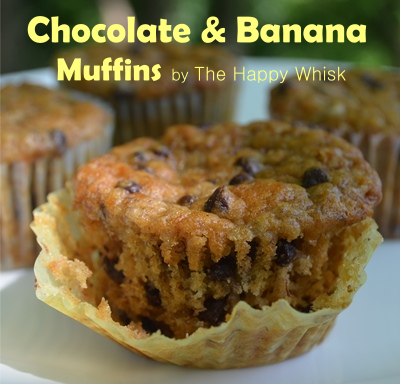