After a weekend of non-stop bakes, I had a tough time getting into my usual clean up and write new bakes, routine.  Instead of hitting the ground running, I was sore and snuggled on the couch with the puppies.

They are very good snuggle buddies.  They have no problems blowing off chores and writing.  Noppers.  Born snugglers.

Anyway, here I am late afternoon only now getting going.   So for an extra bit of help, I put my my sneakers, or as Tim calls them, Magic Sneakers.  I dunno why, but for some reason these little buggers really get me going.

So it's a quick pasta bake and leftover homemade calzones for supper and vanilla pizzelles for dessert.  Then game night for Tim and for me, I'm gonna go full on couch potato, in my clean jams with a cup of warm ginger, cinnamon and honey.

And tomorrow, I'll show you my first ever 8 plaited loaf.  Which was one of the bakes I did this past weekend, along with a kick ass apple dessert, vanilla pizzelles, calzones and just before the weekend, homemade bow-tie pasta.

So much flippin' feckin' fartin' fun. 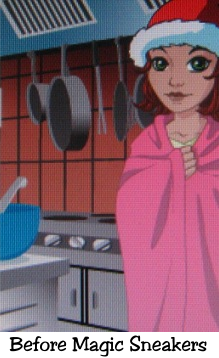 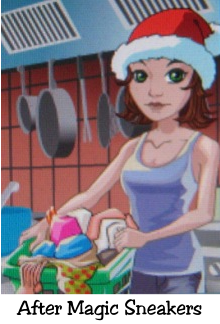