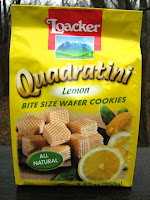 I'm goofing around online, eating the best lemon wafers ever, chatting with a friend on IM, while Tim's groovin' on his new BluRay that I gave him for Halloween. He's watching Spartacus.

And I can't just keep my head turned away -- I actually have to look at the screen.

"Babe you gotta see this up close." He turns to makes sure I'm looking, "what are you eating over there?"

So I go over and sit down and he shows me more blood splatters and says, "I was so impressed when I saw that last night." He pauses but not for long. "Look how good that looks."

This is similar to a few months back when we had to replace our old widescreen television. Tim was playing the 360. He got up, but his foot was asleep and he crashed into the screen. Thankfully, he didn't suffer any bumps or bruises. He said when he went down he was trying not to break the controller.

The controller cost 50 bucks. Our old TV did not.

When we brought our new big-screen home, for first two weeks all Tim said was, "It's so big. Look how freaking big it is. I can't even see you in the kitchen."

So here we are digging our Stay-cation with this big-ass TV (that we got for a fantastic deal), and our first BluRay (another great deal). Tim's still watching Spartacus. I'm still chatting on IM, reading blogs and farting around. And somewhere, in the middle of all this action, Tim stole my lemon wafers.
Posted by The Happy Whisk at 11:05 AM