I Don't Wanna go to Work 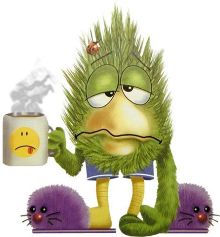 After having a few days off in a row, I don't want to go back.  Noppers.  Not even a wee bit.  I'd rather stay home and write bakes and then put them in the oven.  But I gotta go, so I might as well quit my griping.

Meanwhile, here's how overage works.  Overage is when an item is less than the value of the coupon.  In this case, floss at 97 cents, with a coupon valued at a buck.

Wally World pays overage which means they will either cash out the three cents and pay me or, if there's other items on the belt, apply that three cents to the rest of my order.

You'll see here that at the end of my receipt, the total was negative 6 cents.  But since my tape had a 6 cents tax, the overage covered it, making the entire transaction free.

And that's how we stockpile. 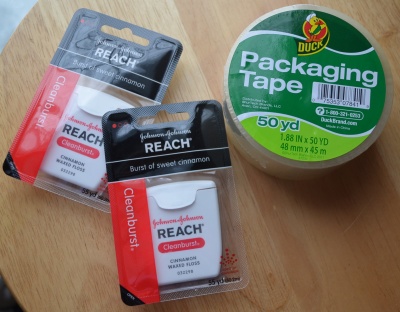 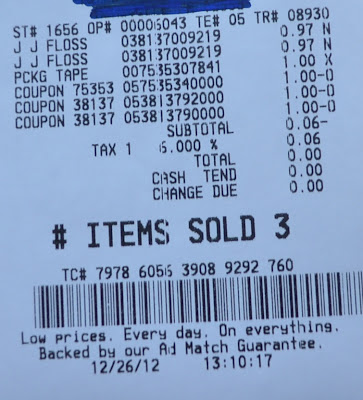